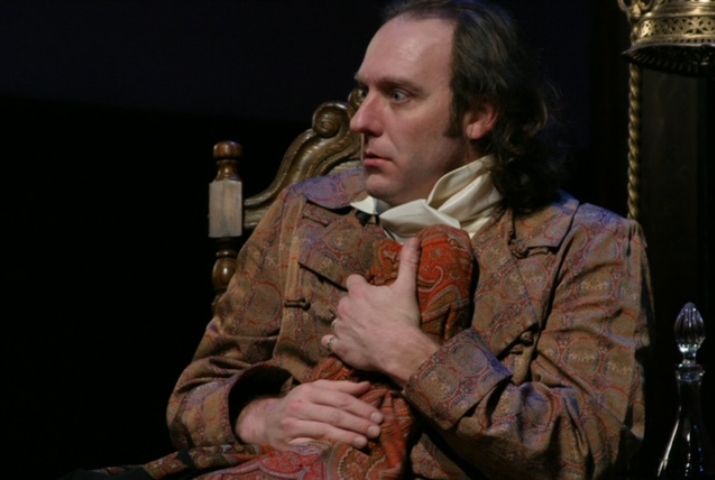 One hour! One man! 18 characters! One holiday sized story of redemption!

The production takes its inspiration from Dickens himself, who in his later years staged one-man readings of his novels around London. He would read and act out the story for audiences with nothing more than the text, a letter opener, a chair, and a small table.

Jimi Kinstle was Artistic Director for Baltimore Shakespeare Festival (BSF) 2000-08. He has been seen on stage at Rep Stage, Everyman Theatre, Center Stage of Baltimore, and The Round House Theatre. A graduate of Towson University, Kinstle had acted or directed over 60 local productions. He last served as Artistic Director for Pumpkin Theatre (2009-14).

Production History: At BSF Kinstle commissioned local playwright Kimberley Lynne to write a one-man Christmas Carol incorporating aspects of Dickens’ life called ‘A Dickens of a Carol’. It played two seasons at BSF to critical acclaim (Baltimore City Paper Best Holiday Production) and was mounted again at Rep Stage in Howard County. It has since gone through various iterations.

Limited FREE tickets are available for CCAC volunteers! Call 410-848-7272 or visit the Box Office to reserve your free ticket.