An Oversimplification of Her Beauty

Check out another representation of Black masculinity from Nance.
Vignette from Random Acts of Flyness (HBO, 2018)

My Name is Pauli Murray

The “Jane Crow” that Pauli Murray was subjected to is the same phenomena that led to Kimberle Crenshaw’s development of intersectionality. Listen to her explain:

Listen to this conversation with Pauli Murray’s niece about Pauli’s history and family legacy on Spotify:

Learn more about Pauli Murray and their legacy through the Pauli Murray Center for History and Social Justice.

More About the Pauli Murray Center

Sorry to Bother You

Boots Riley discusses the roots of Sorry to Bother You’s commentary on the intersection between race and class:

Click here to read an article from The Guardian that introduces modern uses of Afro-Surrealism in popular culture.

James Baldwin on race as an extension of capitalism and economic power: 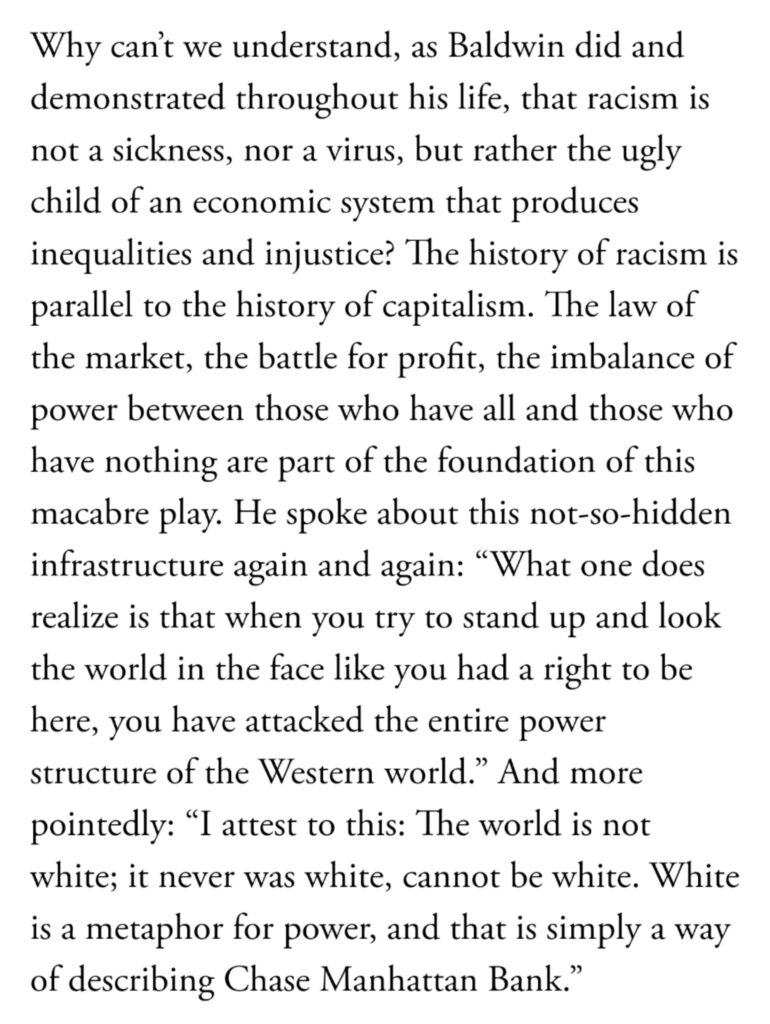 Watch the Alvin Ailey American Dance Theater’s 2020 performance of “Revelations,” a choreographic masterpiece that has become a lasting cultural treasure beloved by generations. The piece, which premiered in 1960, pays homage to and reflects African-American cultural heritage, which Ailey considered one of America’s richest treasures – “sometimes sorrowful, sometimes jubilant, but always hopeful.”

Watch this short film Magically Ordinary from Cara Hagen (who created the introduction for the Ailey screening). It is one out of six in a series that Hagen describes as “A collection of short, digital self-portraits that explore the site of my brown, femme body as place. In this exploration of place, I reclaim and declare the site of my body and its contents as sacred and magical, while owning anger, sadness, and all the questions that come from being a human being in relationship to other human beings.”

Director, Dee Rees has a compelling conversation about making Pariah as an independent film, the space it inhabits in the film industry, and Rees’ personal story.

Explore this interactive document which highlights the ways that “Black is Queer“ through the music, history, definitions , and personal stories of Black LGBTQIA+ plus people.

Listen to Indya Moore share her poem “Can I Come Too,” which highlights how Black queer people seek out belonging.

One Night in Miami

One Night in Miami is an imagining of what may have happened. Click here to read a more historical take on that night and the legacy of those involved.

Director, Regina King demonstrates the artistry of filmmaking as she explains the meaning in one scene from the film.

The cast from the film discuss the legacy and everyday implications of Black representation in front of, and behind the screen.

Join our newsletter list to learn more about events, exhibits, classes, and performances.