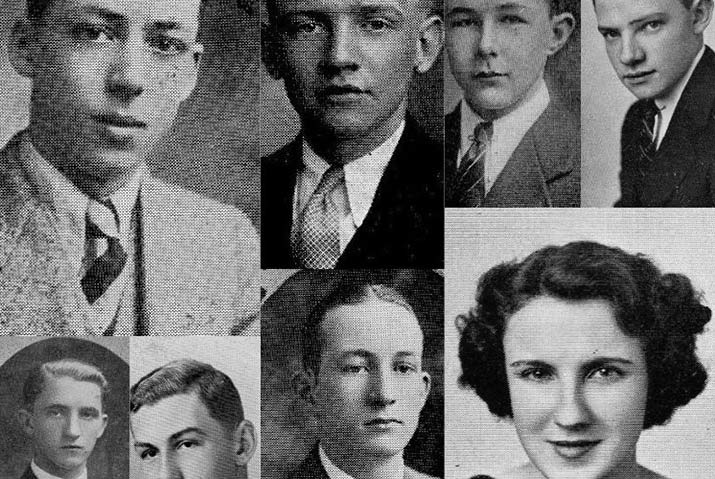 WWII: The Soldiers from Westminster

This exhibition features the graduation photos of Westminster High School students, both men and women, who served in World War II.  They saw service in every branch of the military and every major engagement of the war. Two dozen WHS students were killed during the war, over 60 suffered physical wounds, and several were captured and held as Prisoners of War. Many came home with wounds that were not visible.

This exhibit is made possible by the research of Steve Bowersox, a 3rd generation Westminster High School graduate who has been a U.S. History teacher at WHS since 2002. He also spent two years in the United States Army before attending college. Through his research, Bowersox discovered over 650 WHS students who participated in World War II.

He says of the project, “I am very happy to be able to showcase the Greatest Generation graduates of Westminster High School and at the same time I am disappointed that I do not have photographs of the over 250 students, who for a variety of reasons did not graduate, but also participated in the war.”