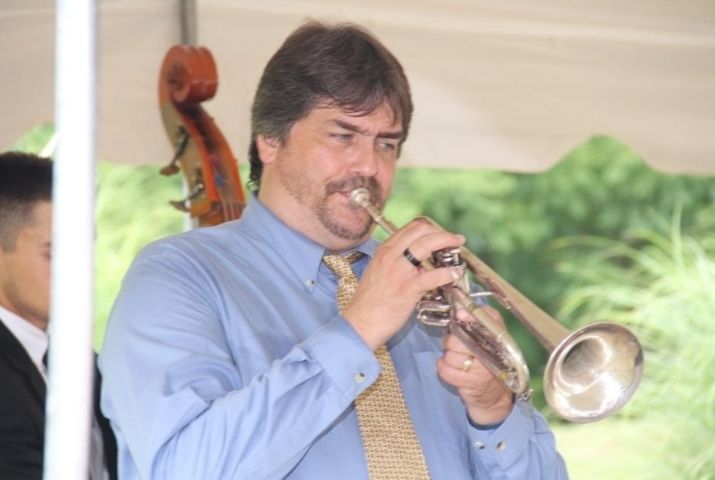 The Leister Quartet with Cliff Thompson

They’re joined by guest musician, Cliff Thompson, a Maryland-based trumpeter. Cliff is currently active performing with the Leister Quartet as well as developing a larger “power band” focusing on a fusion jazz format. He is also an on-call trumpeter for the Covered Bridge Theater at Cecil Community College where he has played in productions such as “West Side Story,” “Gypsy,” and “Big.” In addition, he has directed and played for the “Jim Dudley Memorial Big Band,” a group formed in tribute to one of his former jazz band directors. Cliff is also active in the concert band world as the Musical Director of the Upper Chesapeake Community Band. As a private teacher, many of his students have been selected to various All-County Bands as well as the Maryland All-State Band and Maryland All-State Jazz Band. He is often called upon to work with middle and high school trumpet sections as a clinician, primarily focusing on embouchure development.

This concert is part of the monthly Third Wednesday Jazz Series. Each concert features a different guest artist and will benefit a different local nonprofit organization.