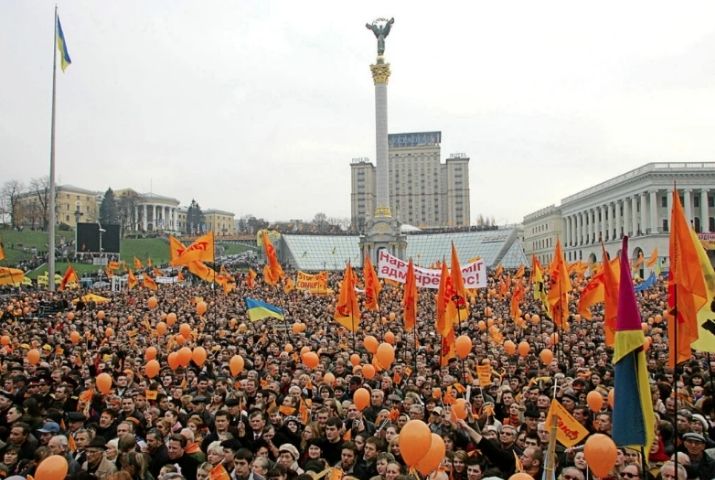 It’s 2004 in Ukraine. The presidential elections are looming. One candidate is backed by the post-Soviet regime. Eight weeks before the election, the opposition candidate is mysteriously poisoned. He survives, but with a severely disfigured face. In the final voting, blatant voter fraud hands the election to the regime. Instantly, people pour into the streets by the hundreds of thousands. Fed up with censored media, corruption, and rule by wealthy oligarchs, they have voted for change, and now they are taking over the capital, Kyiv, to enforce their will. Through snow and freezing temperatures, they stand their ground, blockading government buildings, demanding a new election. Through the eyes and in the voices of the Ukrainian people, Orange Revolution tells the story of a people united, not by one leader or party, but by one idea: to defend their vote and the future of their country.

McDaniel College professor of Comparative Politics, Dr. Christianna Nichols Leahy (Dept. of Political Science and International Studies Chair) will be leading a post-screening discussion about how this historic event in Ukrainian politics has shaped the nation and how it provides vital background to the perplexing and heartbreaking conflict currently unfolding today.