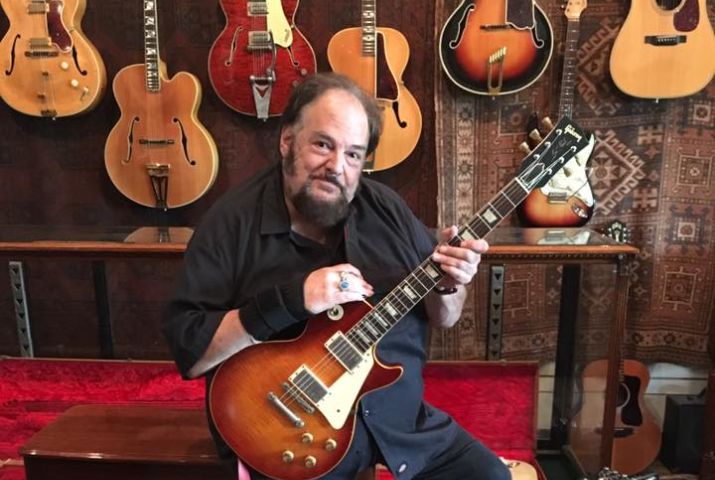 Common Ground on the Town

Harry Orlove started playing guitar at age 10 and did his first paying gig at age 11. By 1973, Harry’s interest in the 5-string banjo and bluegrass music had become an obsession, and he worked in several groundbreaking ‘new acoustic music’ bands including, ‘Bottle Hill’ and ‘The Monroe Doctrine’. This led him to a gig with Vassar Clements playing guitar on two of Vassar’s records and touring for a short time. During this period, Harry also played guitar on records by Tony Trischka and Stacy Phillips amongst others.

Moving to Los Angeles in 1979, Harry landed a job in the house band of the World Famous Palomino Club where he got to work with music legends like James Burton, Jimmy Bryant, Thumbs Carlisle, ‘Sneaky Pete’ Kleinow and Jay Dee Maness. In his twenty years on the West Coast, Harry has recorded with a wide range of artists like Billy Swan, Lee Greenwood, Robin Zander (Cheap Trick), Felix Cavalieri (The Rascals), and has also done a great deal of commercial studio work including spots for Coca-Cola and Gateway Computers, and TV and film work for ‘Deep Impact’, ‘Delta Force’, ‘The Promised Land’, ‘Murder She Wrote’ and many others.

Along with appearances on ‘The Tonight Show with Jay Leno’, Harry was a member of the live, on camera house band for the NBC/Dick Clark Productions show, ‘Hot Country Nights’, during which he played with Joe Diffie, Steve Wariner, Suzy Boggus, and other great country artists. His recent live shows include gigs with Leann Rimes, Rosie Flores, Albert Lee, Mac Davis, David Grisman, Ray Campi, Peter Rowan, James Intveld, John Hartford, Big Jay McNeely, Jerry Douglas and on and on and on …

FREE
Wine sold by the glass