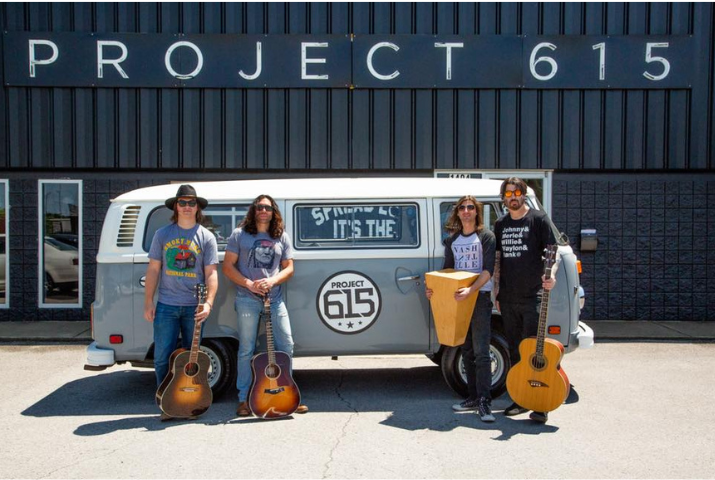 The songs of The Chesapeake Sons fit in with any part of the rock era, though the band isn’t worried about how many generations its sound might actually survive. Instead, they’re living in the here and now, making a racket and relentlessly kicking it on the road, connecting with a growing fan base and taking a blue-collar approach to a line of work they consider more a lifestyle than a job. They owe their geographical roots to the Atlantic seaboard, but their sonic heritage connects the band firmly to The Black Crowes, the Allman Brothers Band, Lynyrd Skynyrd, and the Marshall Tucker Band. Band founder Jason Morton (vocals/guitar), along with bandmates Rob Quigley (lead guitar/vocals), Cord Neal (bass/vocals), and Jason Heiser (drums) are evolving into the band they were meant to be, a band of brothers bound by their Maryland roots, true “Chesapeake sons,” committed to their pursuit of writing and performing their signature blend of pure Southern Rock.

Morton and his previous band, The Cheaters, shared stages with countless top artists including Lynyrd Skynyrd, ZZ Top, and Eric Church, and were once handpicked by Slash to open for him. Paul McCartney’s manager personally asked them to represent the United States at an internationally themed music festival in Lithuania. The Cheaters then evolved into Jason Morton and The Chesapeake Sons when they signed with Copperline after relocating to Nashville. They recorded their last album, “Southern Sound” in 2017, a blend of effusive melodies, fierce musicianship, determined vocals, and sharp lyrics in Southern-rock fashion with elements of rock, blues, country, and even psychedelia. In 2019, The Cheaters disbanded and Morton returned to Maryland, continuing to perform under Jason Morton and The Chesapeake Sons to let fans know that he hadn’t forgotten his roots. After reconnecting with the Maryland guys he had been in previous bands with, the new Chesapeake Sons was born. They have been honing their skills and building massive momentum on tour while writing their debut album. They’ve been touring endlessly up and down the mid-Atlantic playing almost 200 shows a year to fans old and new.

Emerging singer-songwriter Justin Taylor has been performing since an early age. Upon graduation from high school, Justin was invited to become a member of the Sam Grow Band. Touring with this professional group, based in Nashville, gave Justin the experience he would need to hone his skills as a guitarist and learn about the rigors and rewards of a professional touring musician. With Sam, Justin Taylor toured throughout the eastern and mid-western United States. This gave him the opportunity to open for many national acts. Now embarking on a solo career as the Justin Taylor Band, he released his first EP as a solo artist in early 2020.