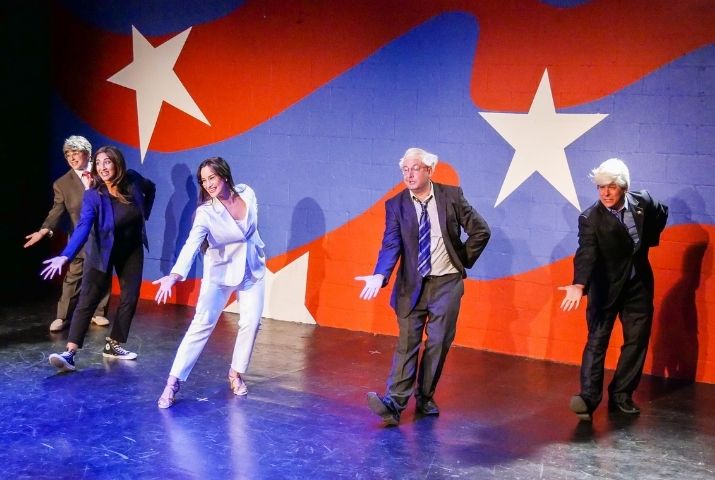 Take a break from the grim grind of the daily news cycle and come see Capitol Comedy’s new show, “Two Cheers for Democracy.” The talented performers of the Capitol Comedy troupe send up the Biden Administration and a host of public figures with song parodies, comedy sketches, mock commercials, and fake news updates.

No topic is off limits as the troupe finds humor in:
• the purging of books from public schools;
• the promotion of “protest tourism”
• the ever-expanding list of groups and topics about which one may not joke.

Capitol Comedy is a performance group that uses the winning formula of musical comedy and political satire to engage audiences in an entertainment that is hilarious, insightful and non-partisan. Combining parodies and original compositions, this troupe’s shows are timely, sharp, and satirical without being demeaning or vulgar. Audiences are sure to be amused no matter their political persuasion!