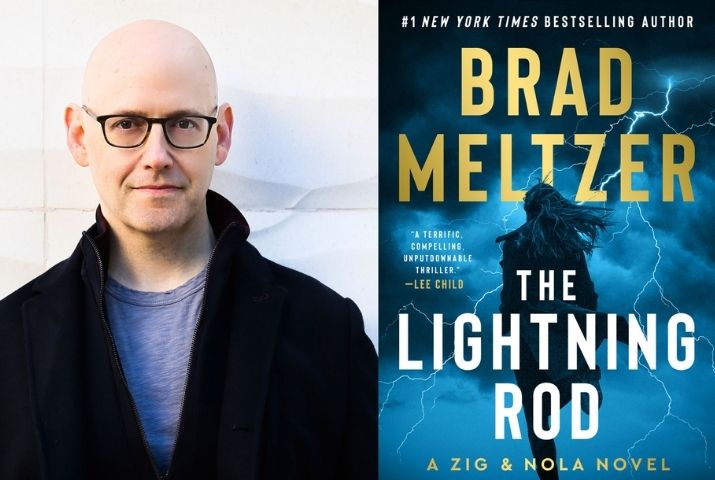 An Evening with Brad Meltzer

#1 New York Times bestselling author Brad Meltzer will be returning to Carroll County on March 9th at 7 PM at the Carroll Arts Center. Brad is celebrating the twenty-fifth anniversary of his publishing debut, with the return of two of the most iconic characters in fiction, Zig and Nola, in The Lightning Rod. Brad Meltzer is the author of twelve previous thrillers, including The Inner Circle, The Book of Fate, and The Escape Artist, with more than 11 million copies sold.  He is also the host of the television shows Brad Meltzer’s Lost History and Brad Meltzer’s Decoded on the History Channel.  In addition, he is the author of the nonfiction bestsellers The First Conspiracy and The Lincoln Conspiracy, as well as the blockbuster children’s history book series Ordinary People Change the World.  A PBS KIDS TV show based on his books, Xavier Riddle and the Secret Museum, now has 28 million viewers, and was recently nominated for multiple Emmys and TCA Awards.  Meltzer has written bestselling comic books, as well, including Superman, Batman, and Spider-Man titles.

Adult tickets are $29 each and include a copy of The Lightning Rod. Kids under 12 are free; however books are not included with free tickets. Each paying adult may have up to 2 kids accompanying them. Additional books will be available for purchase and signing.

About The Lightning Rod
In this sequel to Meltzer’s critically acclaimed #1 bestseller The Escape Artist, Zig and Nola must track down the killers of a military officer with hidden ties to an ultra-secret unit, while confronting the past traumas that continue to haunt them both.