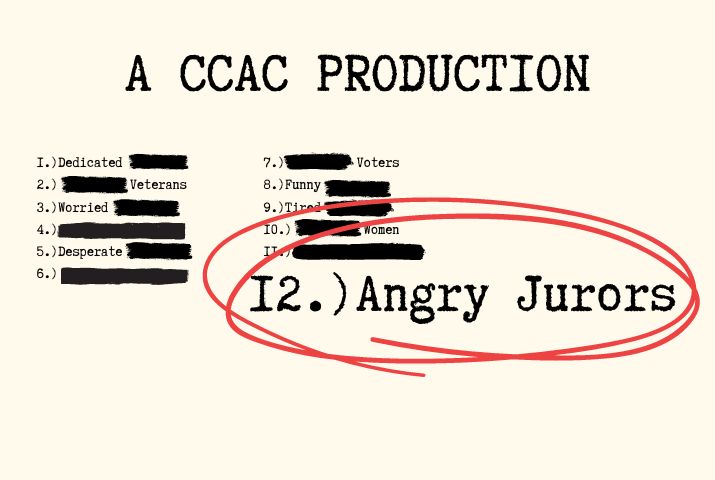 Based on the Emmy award-winning television movie by Reginald Rose, this bold, new production of the American classic is a fast-paced reimagining dedicated to stories of diversity and inclusion over the past 70 years. Twelve individuals find themselves battling between sympathy and empathy when a death penalty case brings into question our protected right to doubt.

A 19-year-old man has just stood trial for the fatal stabbing of his father. “He doesn’t stand a chance,” mutters the guard as the 12 jurors are taken into the bleak jury room. It looks like an open-and-shut case—until one of the jurors begins opening the others’ eyes to the facts.

Produced by special arrangement with THE DRAMATIC PUBLISHING COMPANY of Woodstock, Illinois